Why you should definitely be at the Techsauce Summit 2016, “Asia’s hottest tech conference”, in Thailand

Furthermore, VC firms such as 500 Tuk-tuks (a 10-million USD micro-fund from 500 Startups), Invent and CyberAgents have been increasingly active in the country, with over 10 startups having received anything from Seed to Series B funding within this year alone.

Over the past five years, the market that has seen the highest investment growth in the country is E-Commerce, followed by FinTech – a particularly noteworthy market in both 2015 and this year, and lastly, E-Logistics

The Techsauce Summit 2016  (Powered by Digtial Ventures) is the biggest International Tech Conference in the region for foreign investors and entrepreneurs alike.The event is held at the Centara Grand at Central World hotel, located in the middle of the economic district of Bangkok for ease of commuting, on 23-24 July 2016.

Early bird tickets are now available HERE single, group and special offer tickets are selective. For those who are interested to have spacing for booths, just contact us at contact [at] techsauce.co Tech enthusiasts and start-up leaders get ready for Asia’s hottest tech conference on 23-24 July 2016 at Bangkok Convention Centre at CentralWorld located in the heart of Bangkok a... “Asia’s Hottest Tech Conference in Thailand” isn’t just the summit’s slogan, but is also the goal of the organizers, who wish to see Thailand become the regional capital of Tech. T... 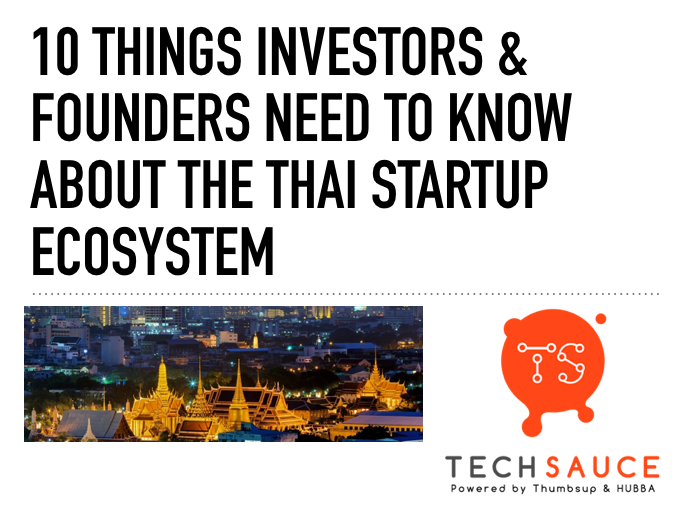 At present, the growth of Thai Startup ecosystem is changing rapidly. This is because new high potential startup companies, more support by government/ big enterprises and enormous...