Keynote Session: The state of Blockchain in China from the World Blockchain Conference Da Hongfei, founder, and CEO of 'NEO' the first and biggest blockchain in China recently gave an insightful look at China's blockchain landscape at the blockchain world conference here in Bangkok. He outlined what his business is setting out to do within the market and his opinion on China's future with regards to cryptocurrencies. OnChain started 3 years ago, which is slightly old in the crypto blockchain world, however, it is the first public blockchain of its kind in China. The idea of 'NEO' materialized from DOA (digital decentralized autonomous structure for Ethereum). The concept of this particular crowdfunding raised around 90,000 dollars which promised to give 10% of NEO's tokens to investors at the beginning.

The funding process is quite different from other ICO's with the first ICO to return a high percentage of money to investors. NEO blockchain has a very strong community. It's not just surrounded around buying tokens, they code and they design wallets.

On top of the original blockchain, there are additional platforms like 'Red Pulse' the Bluebird of Blockchain classed as one of the top regulated apps on top of the NEO platform. This particular platform raised around 15 million USD in 68 minutes. This NEO exchange is the best of both worlds incorporating DEX, (a decentralized exchange.) In the past one or two years, ICO has become really popular and helped Ethereum to be the top blockchain in the world.

In my eyes, the 'decentralized exchange' will be the next big thing. You will have the same user experience as a centralized exchange. Some of the other apps are in China and the others are in the western world. The economy should be more transparent to build trust. We are hoping that 'NEO' will be the technology that increases the level of trust. (Da Hongfei, founder, and CEO of 'NEO' & OnChain)

With a closer look at comparing 'NEO' to Ethereum, we can see that the biggest difference is the design philosophy. The question is how do we bridge the real and the digital? We have to look at the consensus, the technical and the economic.

When looking closely at the design of 'NEO' there is a 2 tier system.

The 1st tier is for everyone who is a new owner can vote in the system.

The 2nd tier is for those who have reached the consensus stage and can use the internal block by block system.

The 'NEO' smart contract is very scalable, we can handle over 1000 transactions a day because we have the technology that the block 'make up' can condense. 'NEO' is the best platform to run a decentralized exchange as it needs very good speed. Besides the technical difference, there are economic differences. 'NEO' is a bold division where we reserved 50% of the tokens. By doing this it is thought of as greedy but it helped us to grow faster.

Today 'NEO' has around 50 million tokens which amount to $2 billion dollars which plan to be used to build a stronger ecosystem to help developers to bring business on board. Looking deep into the Chinese blockchain, 'NEO' works with the local governments and the China Ethereum to build an FTD  crowdfunding platform.

'DNA' (distributed networks architecture) is not a blockchain, its a tablet format. Blockchain can use 'DNA' to build other blockchains. We work with local governments and we also work with China perineum to create a crowdfunding platform.

Blockchain has some issues tho and isn't a perfect system. The lack of a stable currency to act as a settlement and a digital identity are contributing factors.

Ontology is an open infrastructure and can act as an authorized layer which is a unified structure and authorization. Ontology can use the 'NEO' contract to connect conventional business with blockchain. It's very difficult to bring conventional business on board the blockchain to an open and transparent blockchain. We created platforms for hybrids to build their own blockchains within Ontology which can strengthen the ecosystems. The tokens can be exchanged on the decentralized system on 'NEO'. That's the relationship between Ontology and 'NEO' that completes the system and creates a strong ecosystem.

China and its regulations are extremely interesting at the moment since the banning of a lot of things in September. It's now illegal in China to do an ICO to raise funds to the general public but its still legal to do public or accreditated investors. Cryptocurrency exchanges have been closed in China which has affected the free-flowing markets greatly.

As there are border controls in place in China you can't move money around easily. If there is a legal Cryptocurrency in China then people can easily avoid government controls and buy Bitcoin which cant be regulated. Peer to peer trading within China is totally legal which is enabling to strengthen the ecosystem.

'I believe in the future that the government will lose capital control and we can internationally exchange and compete with the US.The future is already here, its just not legally distributed and I hope that in the future we can bring communities together.' ( Da Hongfei, founder, and CEO of 'NEO' & OnChain) 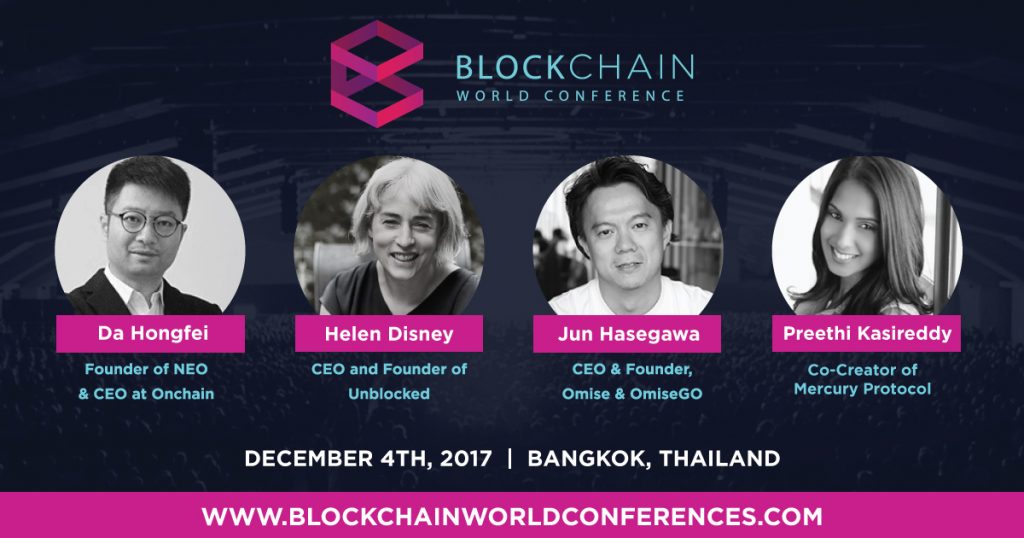 The brightest minds in the Blockchain and Cryptocurrency industry gather together for a one day conference to discuss the future and evolution of blockchain technology....... 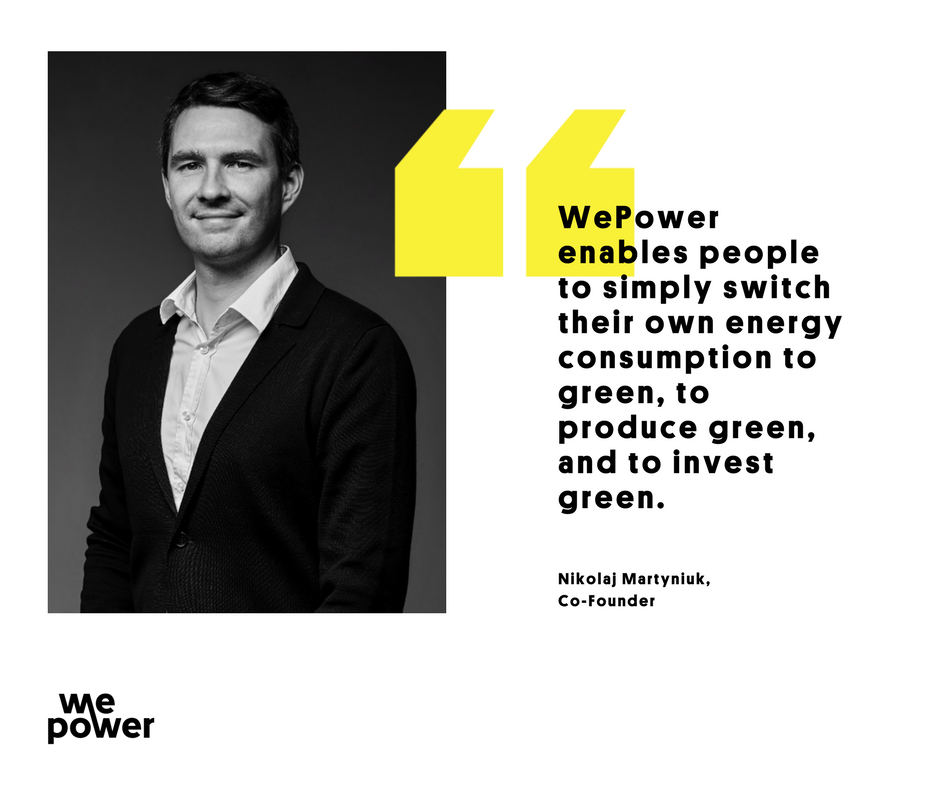 Real World Applications of the Blockchain: The Blockchain world has this year made stunning progress in moving out of the research & developing stages and into the real world.....