Father of Lean Startup Movement Steve Blank: The Key to Success is to “Listen” | Techsauce

Recently Techsauce Media had the opportunity to join the opening of the Digital Startup Institute of the Digital Economy Promotion Agency (depa).  At the event we had the chance  to speak with Steve Blank, known as the father of modern entrepreneurship.  He has had various experiences and is a respected academic who has been named as one of the top 30 individuals who has influence in the tech industry in 2013.  In 2012 Harvard Business Review named him as one of 12 masters of innovation.  We also had the chance to speak with Dr. Edward Rubesch, the program director of the Innovation Driven Entrepreneurship Center at the University of the Thai Chamber of Commerce.

In our talk with the two gurus we seek advice for startups and big corporations and how educational institutes can drive innovation.

What are the most common challenges that get in the way of startups’ success? Steve Blank: From my experience the biggest mistake made by startups is they do not reach out to customers.  Founders of course have passion, they look further into the future and seek to bring about change.  However the most common mistakes they make is they often think all is needed is a vision and funding.  This is not always the case.  This is because they are actually solving problems for customers that they have not even spoken to.

The biggest mistake made by startups is they stay in the building and do not go out to meet customers and test their hypothesis.

They do not see if their assumptions about consumer behavior is true and whether their solutions actually match with problems.

Dr. Edward Rubesch: I find most startups get their inspiration from Silicon Valley, but sometimes copying, rather than solving the actual problems is not the solution.  There are many local problems that can be solved without the need to copy models from another ecosystem.  Having a Thai version of something from San Francisco is not always the answer.

How can startups compete with big corporations? Steve Blank: If what you are doing is copying big companies, it is not productive.  What startups have is the ability to understand things faster and better than larger companies.  Startups need to be able to realize their strengths and what big corporations do not have.  There are three actions you can take.

Dr. Edward Rubesch: Whether it be a startup, an entrepreneur, or a large organization, each player has its strengths and weaknesses.  If you are an entrepreneur and do not see what you are, it is without a doubt that bigger corporations will win.  However if you know you have a strength that cannot be replicated by a big company, you will at the end of the day win.

Sometimes big companies are forced to take a certain direction because they already dominate the market or have experts in that field.  There are forced then to go in that direction.  Entrepreneurs have the luxury in having the freedom to create and go anywhere they believe works.

What is the definition of innovation?

Steve Blank: Large corporations have an advantage.  They can take something that they done and continually scale it.  However innovators exist in big companies just as they do in startups.  Innovation can take the shape of technical innovation.  It can be like an experiment in a laboratory or an observation of how the markets, laws, or consumer tastes have changed.  It is all potential innovation.

Nevertheless having innovation within a large company is not enough.  You need an entrepreneur inside the company who knows how to take that idea and fully implement it, beating the bureaucracy within the organization.  So even if you have innovators, you may need an internal entrepreneur within the company as well.

Even if a company has leading innovation or technology, it must not forget that it needs someone who has the entrepreneurial perspective.  Someone who knows how to make those innovative ideas tangible.

What do you think about Corporate Venture Capital (CVC)?

Steve Blank: The irony is that while CVC was designed for investing in things outside the corporation, most of the time the people who are starving for corporate funding are innovators within the company itself.  It is not easy to get funding.  I mean you would almost have to quit the company in order to get funding as a startup.  This I find incredibly ironic.

Another issue is CVC swings between being either investment in products or services that are aligned with the company or investment as your average VC that aims to gain additional profit.  Right now CVCs in the United States are somewhat focused on both forms.  Companies are investing in AI and Machine Learning and acting as accelerators to grow funds.  It depends on who you are and where you are.

How can traditional companies survive disruptions and remain successful?

In 1920 there was the concept of creative disruption.  That is the creation of new things to replace traditional things.  The bad news is before companies had the lifespan of 50 years, but now that lifespan has been reduced to 15 years.

Disruption is occurring faster.  So companies need to develop the skills of employees to execute current business models and create new ones that will sustain their business.  Obviously it is not easy.  It is as hard as when it was 100 years ago.

Dr. Edward Rubesch: One thing I would like to add, which maybe a bit controversial, is that many companies in Thailand are able to survive by protecting themselves.  Thailand is a very protective country.  Big companies tend to protect themselves to the point that they may miss out on becoming strong outside Thailand.  This is unfortunate because eventually there will be two outcomes.  Either they stay protected forever within the comfort of Thailand while the rest of the world moves on, or they will be forced to compete when the time comes and may not know how to.  Staying put may seem like protecting the company, but at the end it might be cutting it off from outside opportunities.

Steve Blank: There is a term for this protective nature.  It is called “rent-seekers”.  Rent-seekers are businesses that use their position or resources to get some additional benefit from the government.  Ultimately this behavior strangles innovation.  While you are focused on protecting yourself, other countries are innovating.  Thailand is at a disadvantage because protecting yourself does not usually result in a positive result.

Dr. Edward Rubesch: I believe that the various challenges that occur in this region will bring about opportunities for doing business.  If you choose to remain in the comfort zone, you will not be able to take advantage of new opportunities and grow when the time is right.

Technology transfer and R&D is a challenge.  How can universities work with companies to drive this? 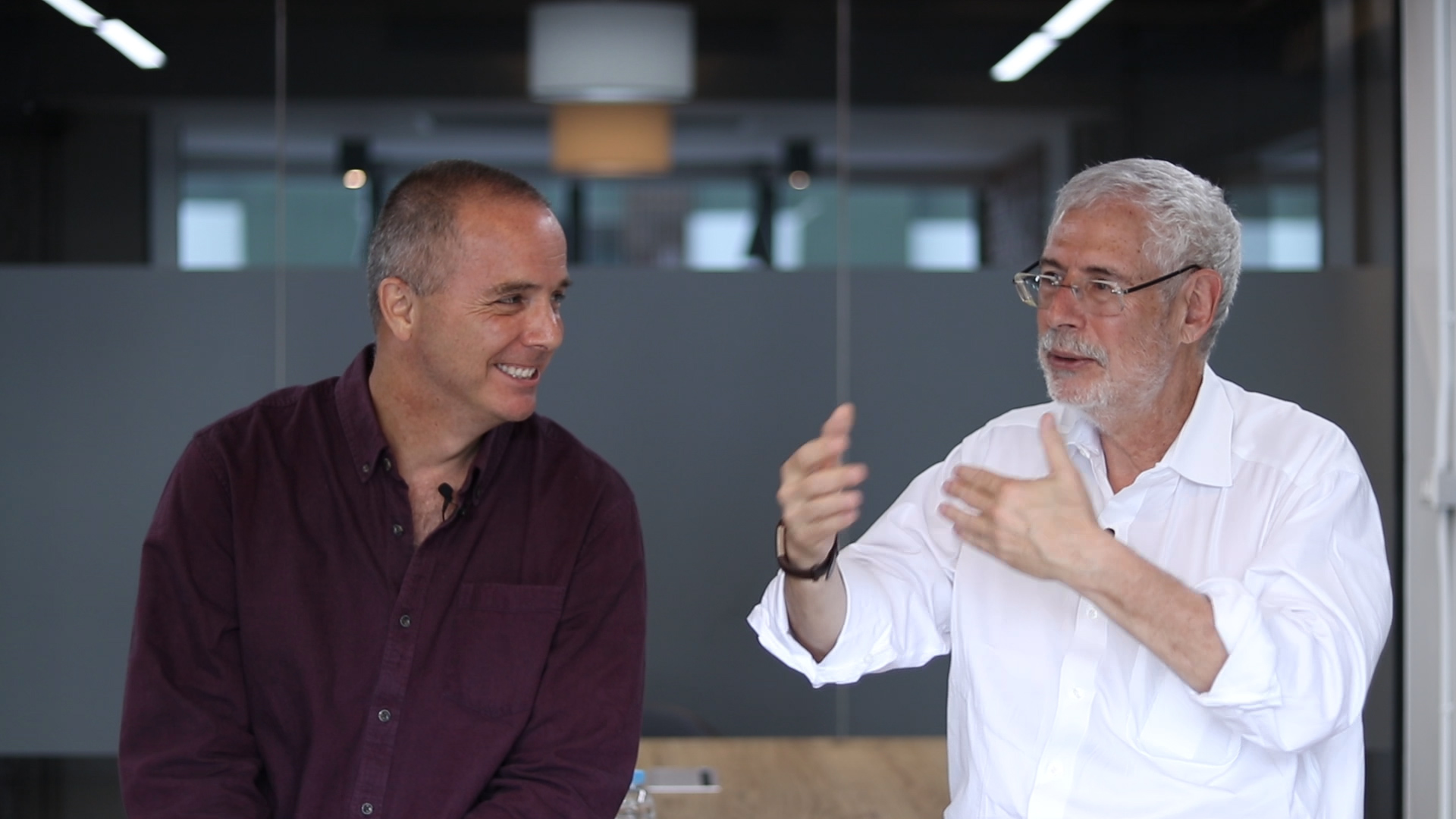 Steve Blank: Many universities in the United States have their own tech transfer offices.  This allows universities to collaborate with corporations on research.  Typically a licensing deal is made with the company.  Sometimes the researcher ends up having shares or the opportunity to sit in an advisory board.

Thailand itself has similar programs.  Edward is currently working with a university in Thailand on finding a way for professors to set up a company and use research for commercial use.  There are numerous studies by universities and this program will help find a way for these researches be implement in the market and be use to start a company.

In there United States there is the I-Corps program, a national program that serves as a platform to connect universities and corporations together to develop and support an innovation ecosystem. Various universities have programs to support the ecosystem such as accelerators, incubators and technology transfer programs.  Universities such as Colombia University, Stanford University and Berkeley University are creating their own ecosystems.

Dr. Edward Rubesch: There is a difference between licensing and commercialization.  There are many cases where ideas do not lead to the creation of a startup, but are picked up by big companies.  So the number of success stories is uncertain.  It is something that happens both in Thailand and the United States.

Dr. John D. Scandling often says that Stanford University is the most successful licensing office in the United States.  He says the main factor that determines whether a technology is efficient and successful or not is the willingness of researchers to be a part of the process.  It is not about the market size or customers.

It is not just about purchasing innovation and using it in the market.  Researchers must play the role in developing products further.  Therefore the challenge is finding a way for researchers to work with corporations in the longterm.  I-Corps is a program that can help let researchers know that their role is not only about research for marketers, but that success does from all parts of the the process.

How can universities help students embrace an entrepreneurial mindset and drive innovation?

Dr. Edward Rubesch: The advantage universities have is “time”.  You do not have to worry about finding new work or limitations that most companies and industries face.  Therefore the best thing that universities can do is create an environment that supports new ideas.

Steve Blank: Innovation and entrepreneurship is not just about starting a company.  Skills needed to do business in the 21st century is not the same as the 20th century.  It is about how to be an entrepreneur, how to operate in the digital world and how to be creative.  There are the skills that universities can provide.  However it is not necessary for you to take these skills and create a startup or work with startups.

Innovation and entrepreneurship is the liberal arts for the 21st century.

Therefore what universities can do is to find out what is needed to be taught for the future.  It is like liberal arts.  It is building a foundation for creativity, dealing with fake news, working with others, to building a startup.

Universities must rethink their curriculum in the 21st century to integrate innovation entrepreneurship from end to end. The K-Startup Grand Challenge (KSGC) is a startup accelerator program supported by the South Korean government. Returning for its 7th year, the program aims at bringing internation...