Switzerland Accelerating Blockchain for the Future

What makes Switzerland the leading innovation hub in the world today?

Find out in our special Techsauce Global Podcast with H.E. Mrs. Helene Budliger Artieda, the Ambassador of Switzerland to the Kingdom of Thailand, the Kingdom of Cambodia and the Lao People’s Democratic Republic and Mr. Mathias Ruch, Co-Founder, CEO, Board Member, CV VC (Crypto Valley Venture Capital). From Poorhouse to Most Innovative Country in the World

The transformation of Switzerland from its status as the “poorhouse of Europe” 150 years ago to now being the leader in innovation and competition is astounding. The rather small country that is geographically located at the heart of Europe does not really have a special recipe to its success according to H.E. Helene. The success is rather the result of a culmination of things such as the country’s great education system that includes Technical and Vocational Education and Training (TVET) and the country being based on direct democracy. As two thirds of the Swiss youth prefer TVET, making most Swiss people practical and pragmatic.

Supporting Crypto Valley since the beginning, Switzerland has garnered much attention for making monumental contributions to the development of blockchain. Mathias says it is all about the mindset that focuses on the potential of blockchain. This saw the creation of the second generational blockchain, Ethereum, in Zug, Switzerland.

The valley has attracted foreigners especially from Asia to set up shop in the country. One of the main reasons why there are over 1,200 blockchain-based companies in the country is the Swiss Government recognized the importance of communicating with the sector over the appropriate regulation of cryptocurrency. In a period of six years Mathias says the Swiss blockchain ecosystem is the largest in the world; the market cap of the companies that are based out of Switzerland is over half a trillion US dollars.

With a population of 8.5 million people, H.E. Helene says the country’s administration is rather slim because the government takes care of only what it really needs to take care of, leaving the rest to the private sector. H.E. Mrs. Helene Budliger Artieda, the Ambassador of Switzerland to the Kingdom of Thailand, the Kingdom of Cambodia and the Lao People’s Democratic Republic

“We don’t have a national innovation plan or strategy because we believe it is not put to the government to innovate. It is up to the private sector and civil society to innovate, so it is a very different mindset.”

The ambassador says it is all about finding that sweet spot between giving security to those that need it, but not overdoing it so that business can flourish.

Mathias agrees, saying Switzerland has a principle based regulation, which means it is technology neutral and also industry neutral.

“Regulation is always driven by innovation, so innovation comes first.”

The regulator tries to regulate what innovation brings to the table so they are always behind and they need to clean up some times. Mathias says what you need is smart regulation to foster innovation. Switzerland has made changes in three key areas consisting of the civil code to describe the token, the financial bankruptcy law to segregate assets, and a new law for trading.

Leveraging the Transformative Power of Blockchain

When it comes to achieving mass adoption of cryptocurrency, there is a lot of misunderstanding. Mathias says the big task involves educating the general public about the benefits. “I truly think blockchain is a transformative power of the century. It’s so much more than technology. It is especially more than cryptocurrency. A big task that we have to do is to educate and that is what we try to do because in the end I think it can bring more benefits than it can bring harm to established systems.”

With Switzerland having achieved so much in innovating this technology as a decentralized country, H.E. Helene hopes to support similar growth in blockchain in Southeast Asia. In collaboration with Mathias, the ambassador has already brought ideas of Crypto Valley to South Africa. She hopes to do the same here in Thailand and the region.

Find more details of this special talk in our Techsauce Global Podcast. For those interested in finding more information about Switzerland’s initiative, you can go to CVVC.com.

You can listen to the entire conversations by checking out Techsauce Global Podcasts. Techsauce Global has spoken to James Kwan, the chief executive officer at Jumpstart. Find out from him the state of the startup ecosystem in Hong Kong and its outlook toward the po... 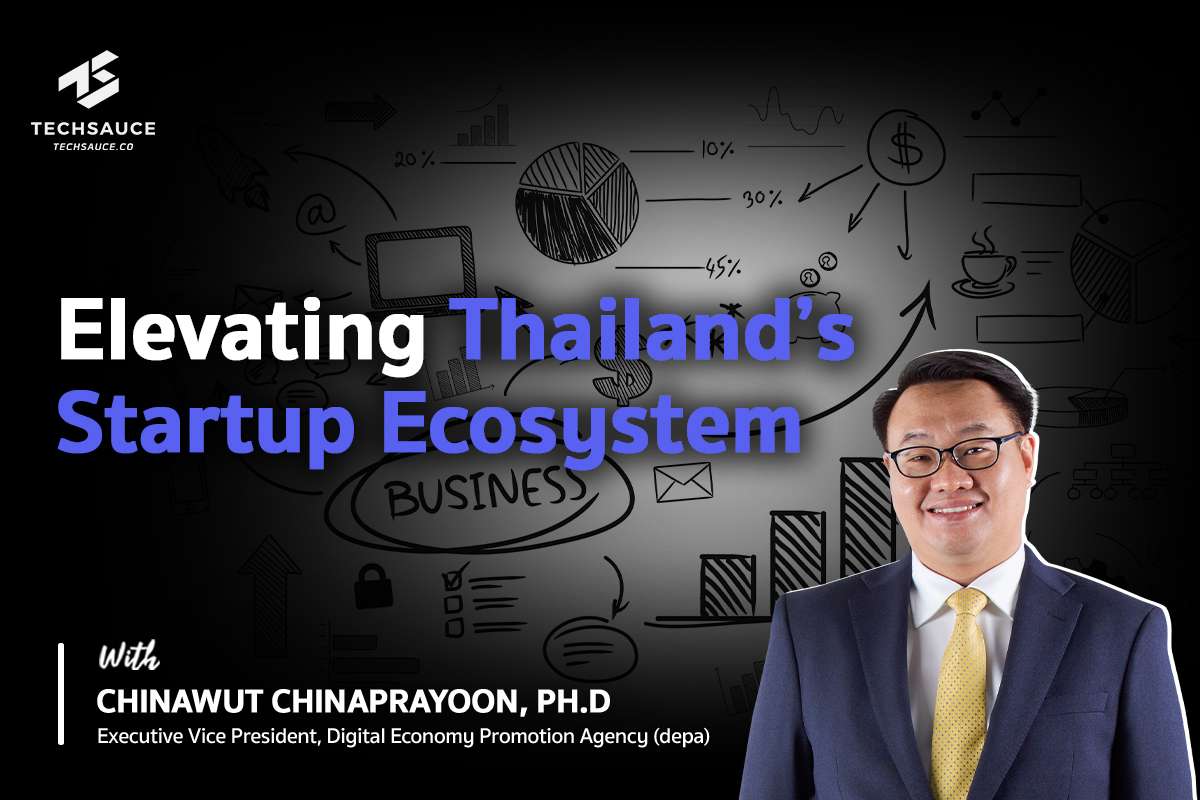 Find out the state of Tech-ecosystem in Thailand, and exciting trends to hop on for the upcoming future.... Decentralizing the Future of Health-Tech Industry with HealthTag

Techsauce Global Podcast has talked with Dr. Dechowat Promda, cofounder and CEO of HealthTag with its goal not only innovate technology here in Thailand but change the way healthca...