Gender Diversity Can Boost Your Sales Revenue by 15%: Here’s Why 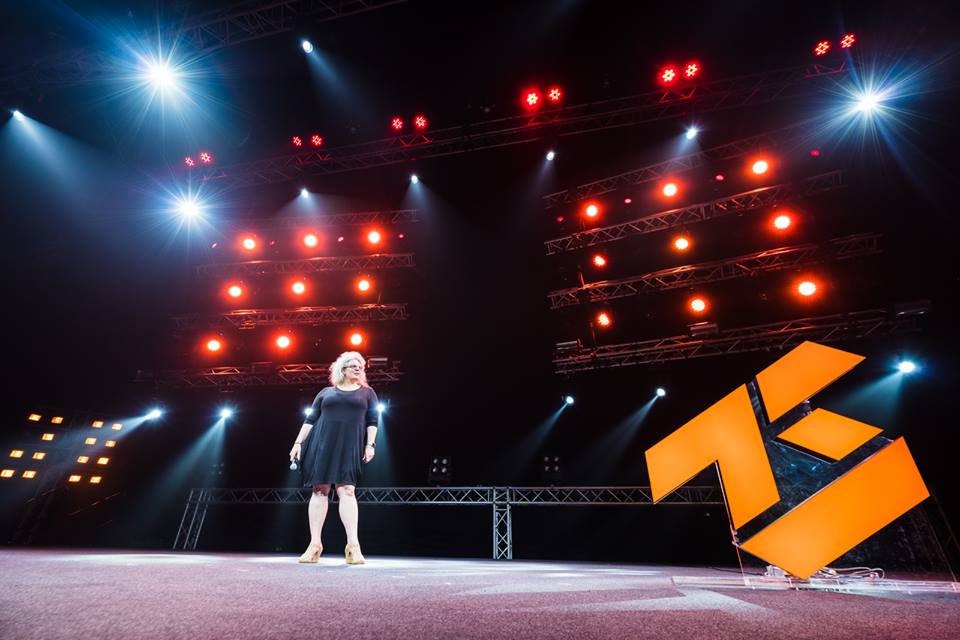 “If you were giving a problem to a group of people who think alike, would you get the best solution?” With this provoking thought, Ghela Boskovich, founder at FemTech Global, began her keynote at Techsauce Global Summit 2017.

Although the answer may seem obvious, the lack of women representation in company executive committees and boards of directors is also obvious. In her keynote, Ghela explained why addressing the diversity issue isn’t only a nice thing to do, but an economically valuable action to drive your business further.

BEYOND THE GAP: WHY DIVERSITY MATTERS

We know there is a gap. The question is, why hasn’t it changed yet? (And what do we need to do in order to change it?)

To to set the stage for this conversation, the FemTech leader – well known for her uniquely styled talks bridging tech and science & arts and culture – took us on a tour spring-boarding from the intricate world of quantum physics. “Words are the genesis for our actions,” she stated. “A thought is a concentrated bit of information. Ideas and concepts. A thought put into words enhances the odds of something happening. When we come back to the essence of what sits inside of an atom, it is a thought, an idea, a concept. Therefore, probability matters. When we start to recognize problems and we articulate ideas into words, those words become actions which have the power to change reality.”

She argues that diversity can help us overcome the limitations of probability by expanding it through an increasing amount of thoughts and words.

“In diversity, we actually can find the best solutions” Ghela shares. Money is at the heart of everything we do.

For those who are not convinced about diversity from the perspective of the “niceness of inclusion” or the fact that you can actually expand the probability of solutions and get better ideas from a team with a variety of different backgrounds (education, gender, ethnicity), there’s a business driver to diversity.

Let’s take a look at the numbers:

- 30% diversity in a team leads to 4.2% improvement in performance, organically

- The most gender diverse companies have an average Return of Equity (ROE) that’s higher by 14.2%

- Where women are in senior roles (especially when women fill the top 10% of operational roles), there is a 27% higher ROE and the dividends payout also increases by 42%

- Finally, companies with higher board diversity outperform others’ ROE by an astounding 53%

One could raise the question about talent management: what about companies who don’t have an inherited pipeline to fill senior positions with women or people from diverse backgrounds? Well, the rule doesn’t apply solely for board, executive committee and senior positions, but also to any other areas of your organization, as seen below.

Reportedly, companies withe the highest racial and gender diversity have a 15% higher sales revenue, compared to those with lowest.

Ghela highlights that all these number speak of the the impact of diversity only, with no other aspects of the business being changed. The reason? A more diverse group of people leads to better decision making, and, consequently, better action which drives better performance.

“People buy from people – they buy from people who are like them and whom they trust,” Ghela suggests. She reminds us that when trying to capture a global market, businesses should understand the wide range of languages, genders and cultures they’re targeting – and they better have a team to reflect that. While women control 85% of household spend globally, in essence making the most substantial financial decisions, it is a profound discrepancy that most marketing for financial services is designed for men, and a vast amount of sales positions are held mostly by men. DIVERSITY AS AN INSURANCE POLICY AGAINST POOR DECISION MAKING

Ghela further posits diversity as an “insurance policy” against poor decision making: by simply improving diversity, you can improve & ensure better decision making and enhance your success. But can you “quantify” how diverse your company should be to make sure it works?

The answer is yes.

To explain this, Ghela brings up the concept of group dynamics, one of the most powerful forces in human psychology. She illustrated via a social experiment that validates that we tend to conform to the people who surround us (whether teammates, family or peers) in order to “fit in,” even when their ideas go against what we initially wanted or believed in.

Ideally, an individual will speak up or speak their minds if they find at least a 1/3 ratio of support for their ideas within the group.

“When you have more than 33% conformity, you have poor decision making,” states Ghela.

Conformity ties back to our perception of the world, which ties back to the words we use, which ties back to the actions and decisions we make. Non-conformity leads to better decision-making. Debate, descent and discussions can actually reassure you against a bad analysis of a situation, which leads to bad decisions. A group that thinks alike will have a limited capability to solve problems and is more likely to support each other through reinforcing each other’s world views, rather than bringing to light all the aspects which could matter in a situation.

"The more diverse the people, the better the discussion and the more fierce the debate,” she explained. “And all the more so likely that your team is to arrive at a reasonable solution, rather than merely scratching the surface of a problem.”

HARNESSING THE ECONOMIC VALUE OF DIVERSITY

To maximize the probability of the creation of good solutions, we need those people whose voices aren’t being heard to speak up. It challenges people in leadership positions to understand the value of these voices and to hold space for people to express their differences through debate – and even yes, through conflicting discussions which could lead to a better outcome.

Building a diverse team can lead to outstanding results, but it requires a leader who is brave enough to be vulnerable to conflicts in a positive way, to harness the power of collective intelligence, rather than forcing the outdated belief that a good leader is one who “knows it all." The more insecure, the more likely a leader is to assemble a team of like-minded people who’d never disagree with her or his own views. Group conformity might lead to an apparently harmonious team environment, but it also leads to poor decision making.

In order to hold space for diversity, leaders must understand and deal with the fact that the world is permanently shifting and changing at exponential rates. The only thing we know for sure is that having the best people working together will help ensure that you understand the world as fast as it requires businesses to today. The more diverse your team, the more likely you are to perform change faster, and the more likely your business is to thrive.

We can take an insurance measure against this type of poor decision-making occurring solely having at least 33% diversity added to our teams, which will foster better discussion and create better solutions.

Diversity matters. You can’t have a maximum positive outcome without testing different combinations, for which you need to mix different ingredients.

Ghela summed up her keynote this way: “A cake does not exist as a whole, it has different parts which are fundamentally different, but together create an amazing composition.” She adds, “I would argue that the composition of a team falls into this logic. Diversity is the best way to be whole and better.” Techsauce Global Summit 2018 is the place to be to meet who’s who in the startup community that is no only in Southeast Asia, but now has expanded Thailand Startup Week. The bar ha...