How to achieve future-shaping innovation - Defying the Conventional

Where are you hiding your Trojan Horse?

In my past article I suggested that consumers are insatiable by human nature, which should inspire any business to continuously innovate.  I then went on to say that you should go well beyond satisfaction, and aim to infatuate your consumers.  In fact, your mission should be to keep them infatuated by daring to be market driving, and continuously creating lifestyle-enriching offerings.  Now, I will look at the indispensable ingredient of unconventional thinking in the quest to be market driving.

By letting their imaginations reign, what children excel at is unrestrained, unconventional thinking. It is this very ability to challenge conventional wisdom, to think in a counterintuitive manner, that can enable businesses to be market driving, to deliver lifestyle enrichment and repeated infatuations of consumers. Let’s explore the power of unconventional thinking more deeply.

A 2009 article in the St. Petersburg Times reported: “Steve Forbes, editor-in-chief of Forbes magazine, was browsing in a Florida bookstore a few years ago when he picked up a copy of Hannibal Crosses the Alps by Eckerd College classics professor John Prevas. As he reviewed the book for his magazine, Forbes was struck by two things: that the elements of successful leadership have not changed in 2,000 years and that anyone who accomplishes something great or unique, whether in business or politics, often does so by defying conventional wisdom. Forbes contacted Prevas, and the two collaborated on a book that came out in the summer of 2009, entitled: Power Ambition Glory: The Stunning Parallels Between Great Leaders of the Ancient World and Today—and the Lessons You Can Learn. Among the ancient leaders profiled are the famous—Julius Caesar and Alexander the Great—and lesser-knowns like Xenophon, who emerged from nowhere at a time of crisis to lead a defeated and demoralized Greek army out of Persia.”

That is a rather powerful and provocative observation by Mr. Forbes:

Anyone who accomplishes something great or unique, whether in business or politics, often does so by defying conventional wisdom.

But if you think about it, it seems perfectly true and accurate. Just imagine how profoundly different our world might be today if the American Founding Fathers didn’t have the vision and audacity to create an entirely new model of government based on the unalienable rights to life, liberty, and the pursuit of happiness and on the principle of checks and balances. Now look back in history and think of your favorite examples. Here are a couple of mine.

In the eleventh and twelfth centuries BC, one of the great epic wars of ancient times was fought. The Greeks assembled a massive flotilla of warships and brought its might against the city of Troy. Their mission was to take back Helen, the outrageously abducted Greek queen, and to punish the Trojans for the fiendish act. But the city had formidable defenses, and the two armies remained deadlocked. There they stood, shield to shield, lance to lance, neither able to budge the other. The siege went on like this for ten fruitless years.

Then the Greeks had an idea that changed everything. The Greek army pretended to dissolve camp and sail away. They left behind a large wooden horse, which the Trojans mistook as a token of peace. They dragged it inside the city walls and began to celebrate. Little did they suspect that under the cover of night a handful of enemy soldiers hiding inside the statue would emerge to pry open the city’s gates for the rest of the Greek army, which had circled back in full force. Once inside, the Greeks won the battle quickly and decisively against the utterly surprised and unprepared Trojans. Were the Greeks cheaters? Or did they simply overstep taken-for-granted assumptions of warfare? By changing the rules of conduct and expanding the boundaries of engagement, the Greeks defied conventional wisdom and achieved one of the most famous victories in history. In the process, the Trojan horse ended the conflict swiftly, minimizing the cost of victory in terms of effort, time, and number of lives lost on both sides.

The Great Dome of Florence

For the second example let’s visit Florence, Italy, where the famous statue of David stands. The crowning jewel of the city’s medieval architecture is the towering Cathedral of Santa Maria del Fiora, better known as the Duomo. Much like Michelangelo’s David, the Duomo is also a symbol of flouting conventionality. Fodor’s guidebook to Florence, Tuscany, and Umbria observed:

It was to be the largest dome in the world, surpassing Rome’s Pantheon. But when the time finally came to build the dome in 1418, no one was sure how—or even if—it could be done. Florence was faced with a 143-ft (44 m) hole in the roof of its cathedral, and one of the greatest challenges in the history of architecture.

Fortunately, local genius Filippo Brunelleschi was just the man for the job. Brunelleschi won the competition to design the dome, and for the next 18 years he oversaw its construction. The enormity of his achievement can hardly be overstated. Working on such a large scale required him to invent hoists and cranes that were engineering marvels. Perhaps most remarkably, he executed the construction without a supporting wooden framework, which has previously been thought indispensable. 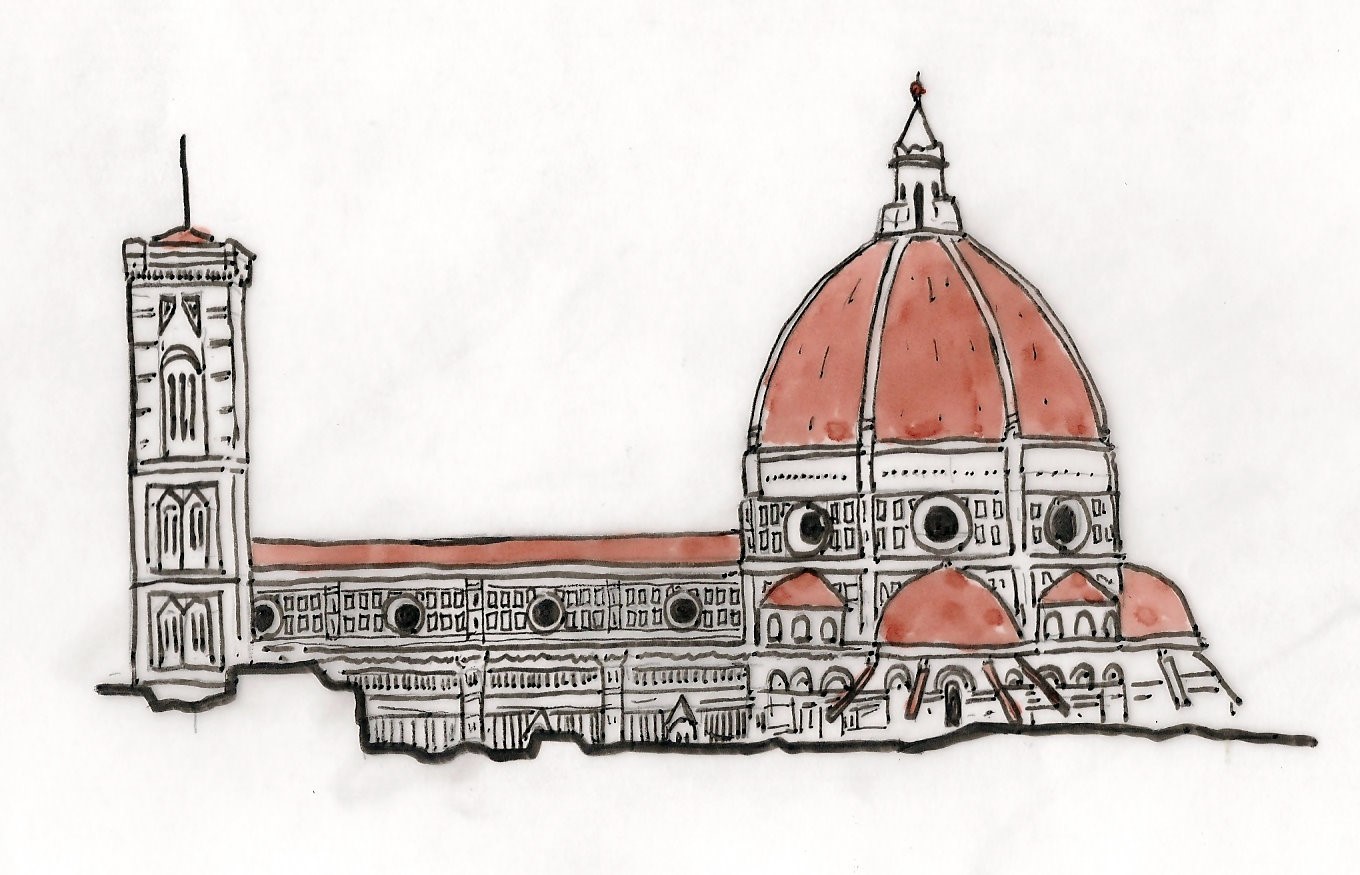 So, what are your favorite examples from history of people daring to defy conventional wisdom with profound results?  Moreover, what do these examples inspire you to do in your business?  In what way will you challenge the status quo?  Remember, being market driven is no longer enough in today’s fast changing and unpredictable market place.  You need to be market driving, to continuously create your own Trojan Horse.

This article is written by Gabor George Burt.

Gabor George Burt is a globally recognized business transformationist, one of the original experts of Blue Ocean Strategy, and creator of the Slingshot Platform. His activities enable organizations to re-imagine market boundaries, establish strong customer attachment, and achieve sustained relevance. Most probably you are already familiar with Blue Ocean Strategy, the powerful framework for turning unconventional ideas into market-driving strategies. BOS is considered the most ...