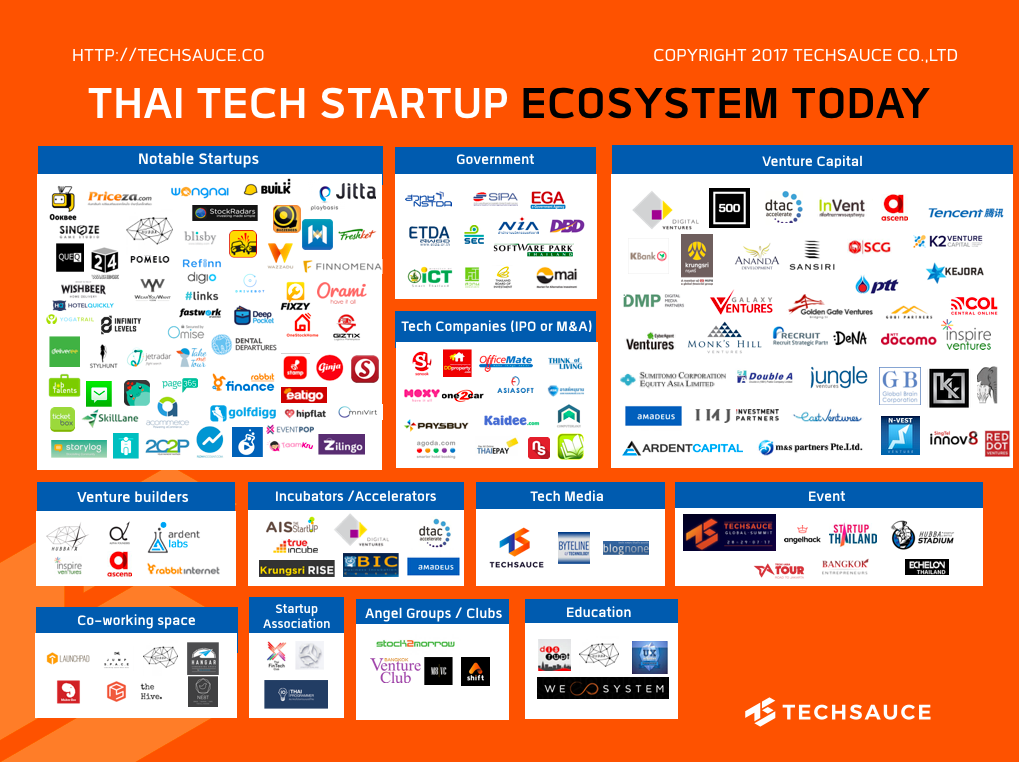 Techsauce has been collecting and developing the data on Thailand's startup ecosystem for the past 5 years. Today we are happy to announce the update of our report: Thai Tech Startup Ecosystem 2017 Thai startup funding as of the beginning of 2017 - GetLinks also announced a Series-A (undisclosed) on March 21, 2017. Our report contains detailed information on all the tech-related startup M&As that have happened since 2004, Series A, B, C, Angel and Seed Rounds raised by startups during 2012-2017, as well as the portfolio companies of those most active VCs and Angels in Thailand.